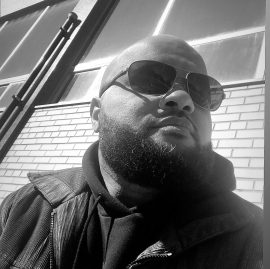 What a sour drink negativity is! A bitter potion, one that rots your insides and turns them into nuclear untouchable waste. Despite what we might think, it is a prevalent drink. It isn’t expensive. One could always find that potion for free, almost everywhere. Negativity is like coca cola in the US; a can of coke is cheaper than a bottle of water. Positivity might be that bottle of water in this scenario and negativity hails from the Headquarters of coke, in Atlanta.

I do not seek negativity or negative people. Therefore, as a corollary, negativity has a hard time finding me! I avoid negativity’s punches with the same grace a skilled boxer does. Negativity keeps punching but hits nothing but air and gets tired after a while. By then, I am far away, out of reach, safe. I choose positivity even if it isn’t always easy to do. As a matter of fact, choosing positivity is an act of sheer lunacy but I’d rather be crazy and positive.

The one thing I have learned-the hard way-is that negativity is highly contagious. It might not kill you right away, but if you get trapped into that mindset of seeing the bad within almost everything, you are not doing yourself a favor. A negative outlook on life has been linked to high blood pressure, stress, heart disease and a general unpleasant demeanor that is repulsive to say the least.

Negativity poisons everything; your mood, your outlook on life and especially, those around you. We tend to be politically correct; we try our best to avoid confrontation and we try to hide from the truth. Nevertheless, negative people push people away and people pull away from them. That is a fact of life.

The only negative people that will always have people around them are rich people and scary warlords. If you are rich, people see you as an ATM which implies, they can get things from you, a good time, so they will stick around, no matter how obnoxious or mean you are. Do I even need to talk about why people stay around warlords except fear and terror? I will skip that. If we exclude those reasons and you are a moody, negative, pessimistic, always complaining, never happy, judgemental person to a fault and if you see flaws in everybody and rarely in yourself, people will stay clear of you. That is another fact of life.

I have seen the contagious effects of negativity; a lifetime ago, as I was working in a call center-which is by far one of the most irritating and unfulfilling jobs one could have-I had this colleague of mine, a young dude, who would complain every minute of every day. He’d come to work at 8:30 in the morning and believe it or not, before saying good morning-which should be the first thing out of his mouth-he would immediately complain about our boss and the job. Keep in mind, WE HAVEN’T STARTED OUR SHIFT YET and this moron is complaining. At first it bothered me but only lightly and I didn’t say anything.

However, as time went by, I found myself copying him, almost imitating him. I knew I was also unhappy with my situation, but I had never voiced it, I would keep it to myself. I remember becoming slightly angrier, I developed a short temper and I would growl at nothing. I remember being unpleasant to my fucking self. I will never blame him for my attitude, but I knew that his negativity, bad mood, negative messages, jokes and quips, and his whole negative demeanor had affected me. Once again, I don’t blame him entirely because he had awakened in me the negative feelings I held inside my heart and I should thank him for helping me understand better my situation. Yet, I couldn’t shake the feeling that I had changed-slightly-because of him. Negativity is contagious. It infects your bloodstream in a subtle way, nearly invisible. Negativity is insidious.

I finally spoke to my colleague, with one intention; clearing the air. I told him specially to stop complaining first thing in the morning but also to ease up on the negativity and the daily and constant bitching. I asked him if he had any problems that were bothering him in his personal life that would push him to be like that and he assured me there were none. Thinking back, perhaps he lied to me to avoid a lengthy argument, but my mind was already made up; I asked him to never talk to me again if he had something negative to say. I know it was-and still is- radical, but I couldn’t take it anymore. My own sanity was in play. I knew he wasn’t to blame, I hated my job and my situation, but his negativity wasn’t improving anything, on the contrary, it was pushing both of us to the bottom of the ocean of negativity, where the pressure kills you slowly but surely. I am all for people venting their frustration but every day? No. You cannot be angry every day, that is a mathematical impossibility! If you are angry everyday, that means the attitude is ingrained in your bones, it is how you see the world.

He never complained to me again and he even requested to sit a bit farther. Next thing I know, he infected the girl who became his new neighbor and she came to complain to me, while also asking me how to deal with him. I told her to do what I did. Thankfully, he left the job. I sincerely hope his negativity was circumstantial, not a way of life.

Negativity is like any other emotion. It is infectious and it creeps on you. The longer you let it fester and grow, the stronger it becomes and at some point, it becomes hard to beat and destroy. Yes, that is a fact. Big things have small beginnings to quote the “Alien: The Covenant” movie. Negativity must be kept in check. I would say it should be killed in its infancy, before it reaches puberty and hormones make it stronger, bigger and angrier like any teenager.

I turn my back on negativity. I stay away from negative people. I do not hang out with negative people. I avoid negative situations; I despise negative work environments and I do whatever I can to think positively and live a positive life. I am not going to say that is an easy feat because it isn’t. One of the hardest things to do is to be positive most of the time. There are so many reasons to push us towards negativity, yet it is imperative to choose positivity and positive attitude.

How does one go about being positive more often? I would say the “one step at a time” routine works. It all starts with small steps: a positive thought, a positive act, a smile, a laugh, a kind gesture, a positive word or sentence, a hug, an encouragement, a compliment, etc. Moreover, how about we chase away the negative thoughts, gestures and acts? How about we stay positive? How about we realize that negativity only breeds negative people and negative thoughts? Let’s be positive. One step at a time, consistency is key, and it is only too late once you are dead. Stay away from negative things and if you cannot avoid them, go through them. It will hurt, you will be hurt, you will feel pain but like anything else in life, it will pass. Positive energy beats everything!

Now, smile and go on with your day.